This how-to is a copy of Raul Jordan's How to Set Up an Ethereum Proof-of-Stake Devnet in Minutes.

With Ethereum having finally transitioned to proof-of-stake, many people are wondering how to set up a local testing environment given so much has changed.

Running nodes has become easier over the past year, with go-ethereum taking around 2 days to sync and some hyper-optimized clients such as Akula or Erigon taking a week to sync an entire, archival node. It is true that setting up a node on mainnet today is easier than ever. However, developers often want to set up their own, local blockchain for testing purposes. We call these development networks or devnets.

Devnets are critical for developers working on the protocol as well as smart contract developers that want to run their own chain using their own initial state. However, the latter need can be satisfied by tools such as Foundry which runs a “simulated” Ethereum environment that is enough for testing many contract interactions.

Notwithstanding, more complex applications may want an environment that is closer to a real Ethereum blockchain, and setting up a local chain from scratch is the best approach. This blog post will help you understand how to set up your own, local Ethereum chain from scratch that migrates to proof-of-stake in minutes.

With Ethereum switching to proof-of-stake, there are a bunch of buzzwords flying around:

Today, running an Ethereum node means simply installing a client such as go-ethereum and running a simple command to sync the chain. After the switch to proof-of-stake, running an "Ethereum node" will require two components:

Prysm is an open source, Go implementation of the Ethereum proof-of-stake protocol. It can be used to run a node+validator on mainnet and testnet environments with ease, and is highly configurable to meet users’ needs.

To get started, install Docker and Docker Compose for your system. If you are on MacOS, you should adjust your settings on Docker desktop to provide more resources to your Docker containers. Go to Preferences -> Resources and give around 4 CPUs and 8Gb of memory if possible for a smooth installation.

Next, clone a repository containing the configuration needed to run a local devnet with Docker here:

Finally, simply run docker compose inside of the repository above.

Boom! Your network is up and running.

You will now be running a go-ethereum execution client, Prysm consensus client and a Prysm validator client in the background using Docker.

Next, you can inspect the logs of the different services launched.

Your go-ethereum node should look as follows:

Your Prysm beacon node and validator client should also be functional:

This sets up a single node development network with 64 deterministically-generated validator keys to drive the creation of blocks in an Ethereum proof-of-stake chain. Here's how it works:

The development net is fully functional and allows for the deployment of smart contracts and all the features that also come with the Prysm consensus client such as its rich set of APIs for retrieving data from the blockchain.

This development net is a great way to understand the internals of Ethereum proof-of-stake and to mess around with the different settings that make the system possible.

All you will need for a manual installation guide is the Go programming language and git. Install the latest version of Go here, and verify your installation with:

You should see an output showing you the version you have installed. Next, create a folder called devnet and change directory into it

Clone the Prysm repository and build the following binaries. We’ll be outputting them to the devnet folder:

Clone the go-ethereum repository and build it:

You will now have all the executables you need to run the the software for the devnet.

You will need configuration files for setting up Prysm and Go-Ethereum.

On the Prysm side, create a file called config.yml in your devnet folder containing the following:

The configuration above contains information about the different hard-fork versions that are required for Prysm to run, and has some custom parameters to make running your devnet easier. It’s important to note that you can change any of these settings as desired. To see the full list of configuration options you can change, see here.

On the go-ethereum side, you will need to set-up a private key that will help advance the chain from genesis by mining up until it reaches proof-of-stake mode. Create a file called secret.json inside of your devnet folder with the following:

Next, save the following file as genesis.json inside of your devnet folder as well:

Next, we will start by running go-ethereum in our devnet folder:

The last command will ask you to input a password for your secret key. You can just hit enter twice to leave it empty. Next, run geth using the command below

We will then need to run a Prysm beacon node and a validator client. Prysm will need a genesis state which is essentially some data that tells it the initial set of validators. We will be creating a genesis state from a deterministic set of keys below:

This will out a file genesis.ssz in your devnet folder. Now, run the Prysm beacon node soon after:

and the Prysm validator client soon after:

Your go-ethereum node should look as follows:

Your Prysm beacon node should show the following:

The errors are normal, cosmetic, and present on all devnet environments. We are working on making the output more aesthetically pleasing in the future.

Your Prysm validator client should also be functional:

Upon entering proof-of-stake mode, once the mining difficulty hits 50 in go-ethereum, you will see our special panda in your Prysm beacon chain below: 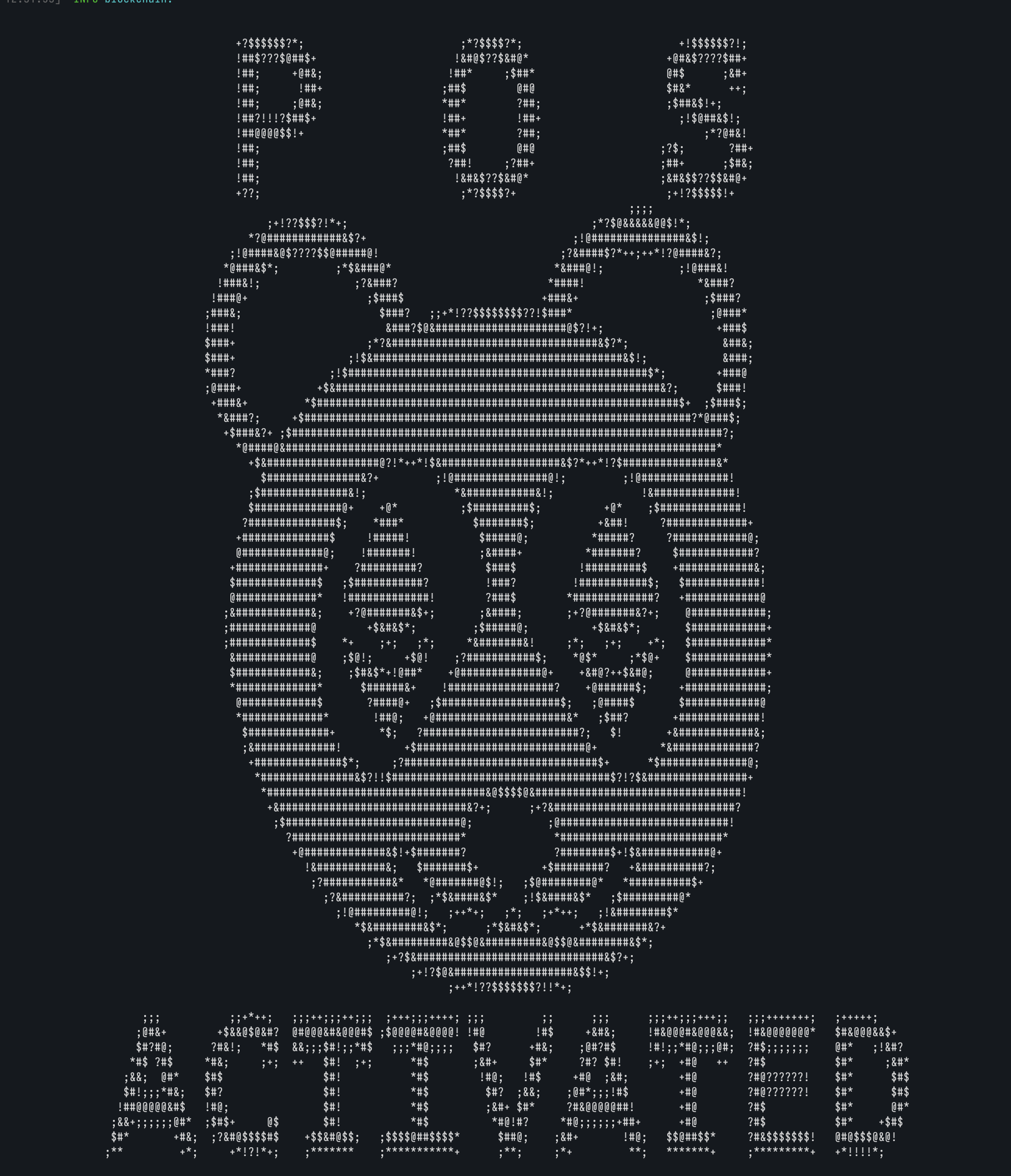 Adding Prysm peers to your network#

You can add additional, Prysm beacon chain peers to your proof-of-stake devnet by running the similar command as your first beacon node, but with a few tweaks. In a terminal window, use the following command:

You should get output similar to this:

Copy the part that starts with /ip4 after the comma, so in the example above,

then set this as an environment variable:

Then, run a second Prysm beacon node as follows:

You will see the node start to synchronize with the chain as expected!